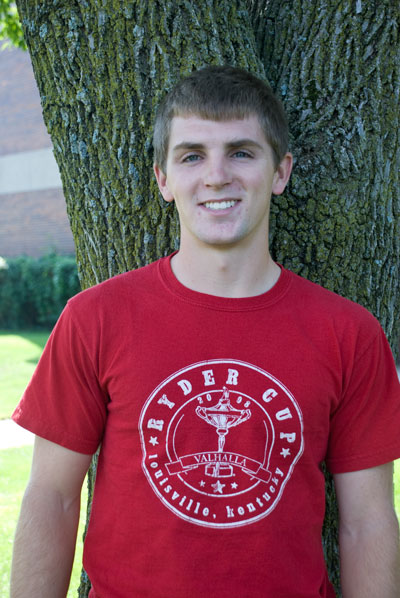 Our school could be doing a better job in preparing students for standardized tests.

I’ll admit it. I was nervous. On a typical morning in mid-November, the counselor strolled into our English class carrying a package, the contents of which could have been a bomb, some flower seeds or a Rolex, depending on your point of view.

Okay, so it was really just the results of the PSAT. No biggie, right? Yeah… right. (For you sophomores and freshmen, the PSAT offers practice for the SAT and, if you score well, can result in scholarship offers.)

I already had the complete psychological fix going on. I had convinced myself that it was just a stupid test that would have little effect on my overall outlook on life. A poor score, and I still would have a good GPA to boast about. An OK score would somewhat validate my performance in high school. A great score would … well, let’s not jinx it.

The counselor started handing back the results by row. I received my packet. She announced that it was time for everyone to open their packets and determine their fate. Please, no talking, sharing scores, or gasping— all that jazz.

I felt like I was about to open a Christmas present from a senile grandma or something. It could be $100, or it could be her dead cat. I opened the test results and had at it…

It took a few moments to analyze the numbers, but I did a double-take within about five seconds. Can that be right…really?…Yep, my heart definitely just skipped a beat.

After taking the PSAT, I had researched the normal results. I knew the numbers. I knew the cutoffs. I knew I was going to be a National Merit Semifinalist.

Suddenly, it was like I could breathe fire and launch lightning bolts. My whole academic career was justified, and the floodgate of opportunities opened. The rest of the day had a heavenly aura to it.

A few days later, I sat down, reflected, and had a quiet laugh with myself. I used to hate the whole idea of standardized testing. I don’t know if I just felt doomed to perform poorly or whether I had a personal grudge. I mean, how can four years of late night studying, three-hour sports practices and other extracurricular activities be summed up by the score of a strenuous four or five-hour test? All of our hard work, time and emotions probably just become a bunch of numbers on a spreadsheet for colleges to analyze. It doesn’t seem fair.

Of course, I do see the logic behind standardized testing. The SAT and ACT offer college admissions officers a chance to measure the caliber of a student and compare them on a relatively even playing field, but the results don’t really measure one’s ability to think and reason. It’s more a test of potential. Think of it as the NBA draft. Players are often drafted based on potential rather than actual current skills and work ethic.

“Oh yeah, way to go, Jimmy. You got a lot of answers right in a short amount of time. You might cure cancer one day.” Yeah, sure.

Little Jimmy could be a great student, earning “A”s and “B”s in all of his AP classes, or he could be a slouch and just sneak by. Either way, he’s going to get a hefty amount of scholarship money for his high test scores.

I probably don’t have a fighting chance of influencing the way standardized tests are viewed. But, if colleges and scholarship corporations are going to continue to place high importance on these scores, I see some serious flaws in the way our school is preparing students.

Of the five district high schools, Northwest is the only school that does not have a semester-long ACT/SAT preparation class. According to the counseling department, the class hasn’t been offered for the past couple years due to staffing shortages and lack of interest. Yet, according to district sources, there are roughly 200 students enrolled in the class districtwide, and the other schools an English and a math teacher to teach the class.

Instead, Northwest handles test preparation by making students aware of weekend and seminar prep classes and stressing the Kansas Board of Regents Requirements for core classes. Many of those classes require student to pay a fee to the company teaching the class.

Betsy Regan, director of curriculum and instruction for the district, says that Northwest is heading in the right direction by promoting core classes. She thinks that those classes adequately prepare students for standardized testing. As a product of test preparation in the SEEK class, I know core classes do not touch on many key aspects of standardized tests, like strategy and time efficiency. Between my sophomore and junior year PSAT tests, my score went up 30 points. I attribute this to the many practice tests and strategy discussions prior to the test date.

The only way to become adept at these skills is to practice often. Some students already have these skills, but many would benefit from a class of this nature.

A test prep class would require the attention of a math and English teacher, which may not be economically feasible; but in a school of 1,800 students, where 90 percent are college-bound, it doesn’t make sense to spend all of our time on core classes and none on test preparation. Colleges aren’t going to de-emphasize the importance of these tests anytime soon, so our school should be doing more to prepare students for the things they are looking for.