Down the stretch: wrestling 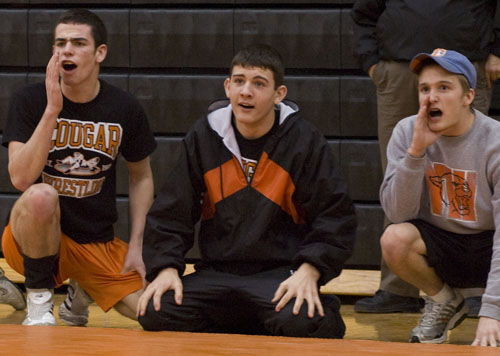 Over the past three months, Swimming, Boys’ and GIrls’ Bowling and wrestling have been working hard to wards their final goals and competing at their repspective state tournaments. 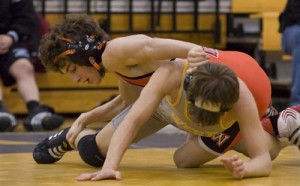 In the years that followed the 1991-92 championship, the team never placed better than fourth. Last year, they took seventh in the tournament and went on to place 21st at state. This year, they tied for the league championship with SM East.

Although the Cougars defeated Lawrence at the Sunflower League Tournament, the Lions clipped them by a few points at the Regional meet. Gordon (103 lbs.), Whitmore (125 lbs.), and Deal (130 lbs.) all won their weight classes at Regionals.

“This season, I kind of expected a lot of myself. I didn’t want to settle for anything less than a state championship,” Gordon said after he qualified for the state tournament. 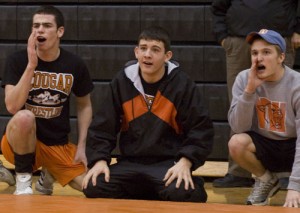 Only two teams from either the Eastern Kansas League or Sunflower League are listed among the top 10 teams in the state because most of the ranked teams are from western Kansas. Derby is the current favorite to take the State title, followed by Garden City and Dodge City, according to Kansaswrestling.com rankings.

The Cougars met another one of their goals for this season: 10 wrestlers qualified for the state tournament, more than have qualified in the last 20 years.

The state tournament will be held today and tomorrow at the Intrust Bank Arena in Wichita.