Northwest families host at home proms after prom was cancelled 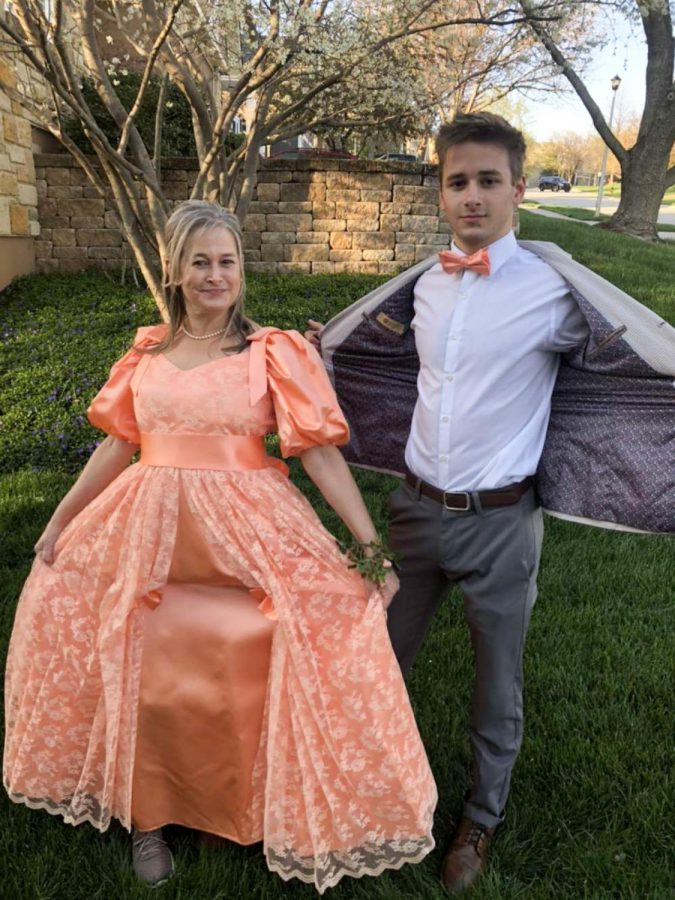 After the cancellation of this year’s prom, a few Northwest families improvised by holding their own at home proms.

The news of prom’s cancellation left many upperclassmen extremely heartbroken even though a lot of them saw it coming.

“I was prepared for prom getting cancelled along with every other activity so it wasn’t a surprise,” junior Cullan Bower said. “I was definitely sad when it was announced because it’s an event that everyone looks forward to attending and having a good time at.”

Prior to the cancellation, many students had already bought suits or dresses and made plans for the night.

“The thing I was most upset about was that I had already paid to have my dress altered,”

Bower’s family, along with those of seniors Emily Motsick and Fowler, planned out their own replacement prom nights from the comfort of their own homes.

“I was talking to my parents about how everything was getting cancelled and my mom actually came up with the ‘Mom Prom’ idea,” Bower said. “We got dressed, ordered dinner, ate and had a dance party in the basement.”

The Bower’s prom night started with his mom getting dressed up in her prom dress from 35 years ago with a homemade matching corsage and boutonnière. The mom and son duo followed this with pictures, dinner and a dance party.

“We listened to new-age hip hop that would be played at our prom in the car to pick up dinner,” Bower said. Then we cranked up the 80’s music in the basement, learned some dance moves and had a good time,”

The Motsicks and the Fowlers followed about the same plan. The girls did their makeup, put on their dresses and prepared for pictures, dinner and dancing with their parents as dates.

“My mom and brother made me dinner and acted fancy,” Motsick said. “They moved the furniture out of our living room, turned on music and we all danced.”

“My brother decided to make me the prom queen and my dog, Saint, the prom king,” Motsick said. “It was all very cute. I just loved dancing with my family and being goofy.”