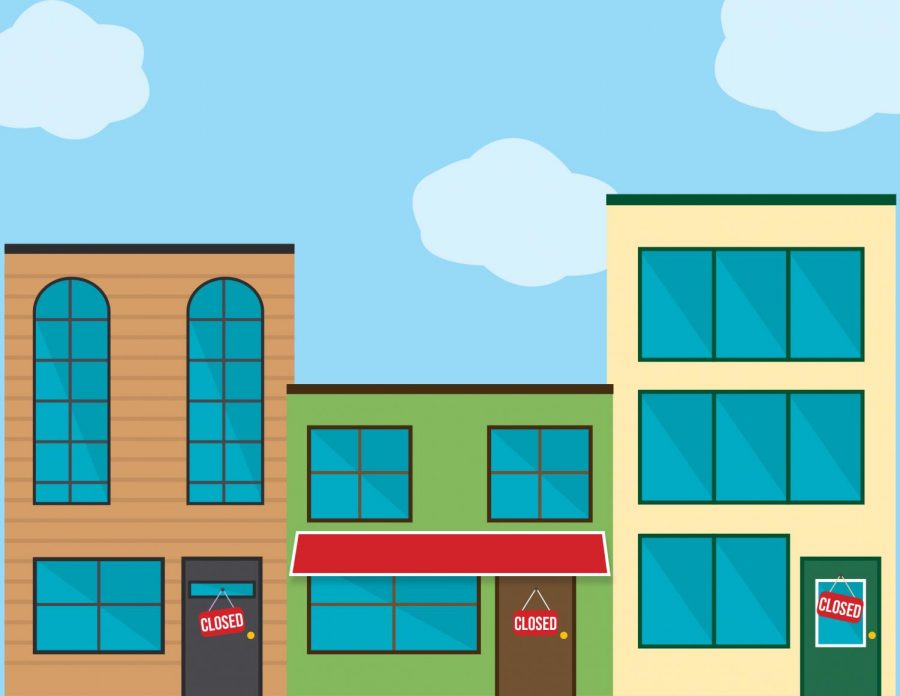 Our current lockdown is not stopping the spread of COVID-19 effectively because it is still necessary to leave our homes for basic human needs. The only way to totally stop the virus is to disallow all contact with the outside world for an extended period of time. While somewhat improbable, this is the only feasible way to end the pandemic where it stands in a timely fashion. Precautionary measures help reduce the spread, but it’s still possible for anyone to contract the virus due to its long lifespan on surfaces. This will leave us with a much longer quarantine period. SARS-CoV-2 can last anywhere from a few hours to several days on surfaces, according to the CDC. If people are still grocery shopping and going to appointments, the virus is still spreading.

Of course, there’s no way to just rid surfaces of the virus, and combining its lifespan with the fact that the disease spreads for up to 14 days when contracted, there is no real feasible fix. Not every person is capable of just hunkering down for that amount of time for economic reasons, not to mention the number of deaths it inversely would cause if every single person was forced inside of their home for two weeks. The full lockdown that would be necessary to truly halt the spread would cause mass panic. This idea of a lockdown would also mean no businesses are essential, and hospitals would be the only open structures. Even with this version, health care workers and anyone with a health condition where hospital visits are necessary would be exposed to the virus due to the current lack of supplies. People would need to stock up on groceries in a limited time and, of course, some would buy far more than needed, leaving the rest of us with little to nothing.

The government stimulus check is scarcely enough for people to pay their bills and purchase groceries. The national median rent for a one-bedroom apartment, not including any utilities, is over $1200 a month, according to BusinessInsider. That’s the entirety of the stimulus check that the IRS is sending to citizens, leaving nothing for electricity, water, gas and groceries.

When it comes to a lockdown, it has to be all or nothing.

Laissez-faire. Let the virus run its course. This decision would result in more deaths, but would grant immunity to those who survive it. This removes the current slow burn we’re enduring and trades it for a rapid growth and quick decline over around a year, assuming this pandemic lasts approximately the same time as the Spanish Flu pandemic in 1918.

It’s a much more morbid option with estimated death counts hovering at 40 million, according to Canada Health. These estimates include a total of seven billion people, or most of the world population, becoming infected.

While these estimates may be a high, it would provide immunity to almost all who survive, without need for scientific research and funding into a vaccine or blood serums.

Viruses, like all microorganisms, mutate rapidly because they reproduce rapidly. They may rarely add up to anything, but small changes in the genetic sequence can disrupt development and treatment, throwing curveballs like new symptoms, different forms of spreading, higher or lower reproduction rates and simply just the need to sequence the genome of the virus frequently. There’s still a chance of mutation that we can’t control no matter the path taken. Mutation of this disease would reduce the likelihood that getting COVID-19 would result in immunity and makes it nearly impossible for scientists to provide some form of immunity to the virus.  A rapidly mutating disease would render all vaccines worthless.

There is no correct path. Each comes with its own risks. Taking no precautionary measures becomes Darwinistic; taking too many disallows treatment for the infected. The slow burn option we are currently attempting to follow doesn’t solve anything, but it reduces the death count and the rapid spread of the disease until we find a way to solve the issue for it.

The current route is both all and nothing.