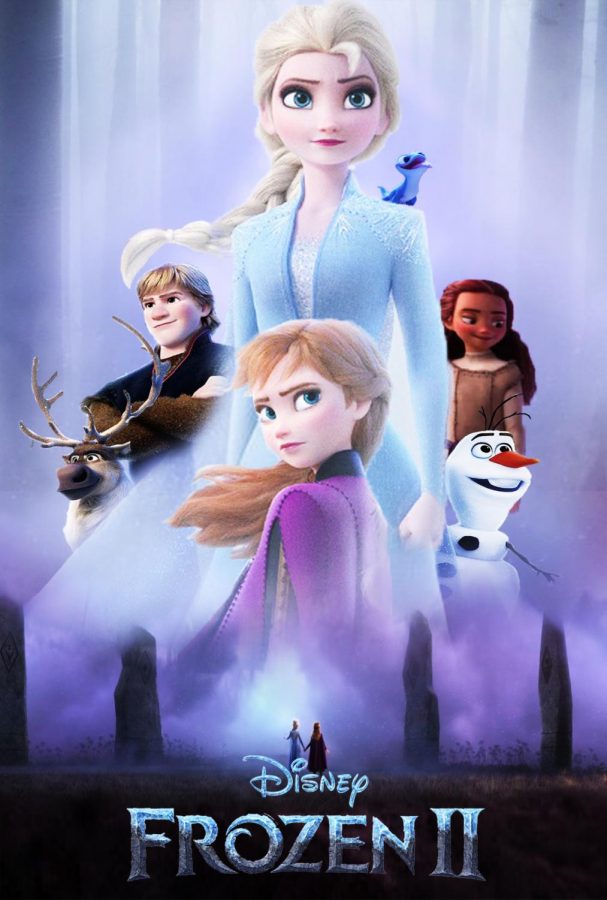 “Frozen II” is a 2019 drama/fantasy that is amiable. Granted, it isn’t the original, but it still delivers a joyful and exciting movie that would entertain most people who see it. With the returning cast and composers, it feels like something that would continue the original movie. It’s flaw being that it tries too hard to be the original movie. Despite this, some aspects of this movie are better than the first.

This movie is nowhere near the original, but since it relies on the original story-wise, you probably have to have seen the original movie to understand some of this movie. The movie’s animation is decent, but much better than the original. This movie is also much more of a visually appealing spectacle. The visuals of the movie are a lot more interesting and probably a lot more difficult to animate. With songs getting more of that ice magic and characters being completely different, this movie delivers on the visual aspects.

The humor in this movie is pretty good. There is this recurring bit with Olaf that is pretty funny. It’s pretty much a recap of the original movie. Olaf also has some great humor, due to Josh Gad’s great comedic timing. Another humorous moment is Kristoff’s song. I would see this movie again just because of those two hilarious bits.

Where the movie fell flat was it’s soundtrack. The soundtrack in “Frozen II” is really catchy and is good music, but it is obviously just trying to be as good as the original. It even makes a reference to the soundtrack from the original movie,  which just reminds the viewer how much better the original was.

This movie also doesn’t match up story wise. Even though the original story has questionable motives from the characters, it still is a beautiful story. Though this movie is also a beautiful story, it is pretty basic and bland. Though it has some weird and creative parts, it isn’t as deep and emotional as the original. The original movie displayed major  growth and character development, while this movie fell short. This movie doesn’t have to develop the characters since they have already been developed. It just doesn’t hit as hard.

The first fifteen minutes of this movie is pure exposition and it’s blatantly obvious. The problem with doing exposition like this is that if a viewer misses even a bit of information, they won’t understand the rest of the story. It is kind of lazy and really doesn’t match up. Nothing in this movie is hinted upon in the first movie, but it does fix some plot holes and bring closure to some things in the original movie.

There are also parts of this movie that don’t make sense. Characters in questionable locations or timelines don’t match up. There are also a few animation mistakes that will probably get as much attention as other mistakes in the original movie.

This movie is visually good and its humor is there, but in the end the movie isn’t as good as the original. The songs did not compete with the original film, and neither did the story. This movie came out of plot devices that didn’t exist in the original, but it works. It brings closure to some characters and plot aspects and gives an entertaining spectacle.