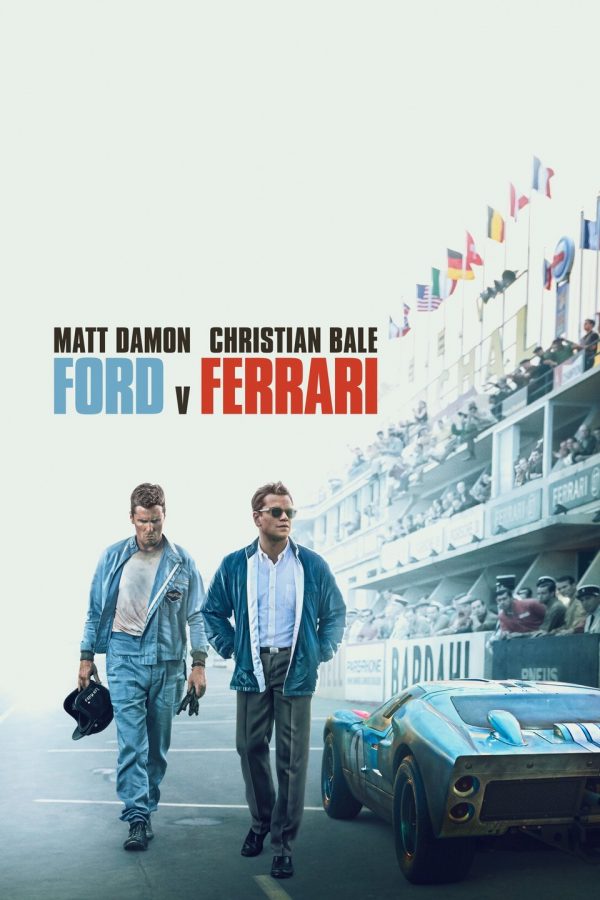 “Ford v Ferrari” is a 2019 drama/sport movie. It has real, human like characters along with exceptional performances and great action that comes together for an overall enjoyable movie–with its only flaw being the emotions the audience feels in the final act. This movie delivers very well on many aspects, one of them being its action. The action in the movie comes mostly from car racing, a topic that is very high energy and translates well into a narrative—leaving the audience encaspulated with what is happening on the screen. As someone who isn’t into car racing, I still find the action enjoyable. The movie does well filming the racing, and truly does entertain.

Even though the movie is entertaining enough with just the car racing, its story is equally interesting. The movie is based on a true narrative. The plot is well paced, and doesn’t drag too much. The characters add to the plot, teach a lesson and tell a great story from start to finish.

The acting in this movie is fantastic. Matt Damon delivers a pleasing performance, even though his character is kind of a jerk in the beginning. Christian Bale is amazing in this role. His character his maybe a jerk, but Bale makes him the most likeable jerk you’ll ever see. Noah Jupe also gives one of the most heart touching performances I’ve seen in a while. He does so well with his loving father character. Overall the acting in this movie is outstanding. The cineamatrography is surprisingly good. They did suprisingly well with the shots inside the car—not making it feel too cramped or anything. The cineamatrography isn’t distracting but it isn’t stand out either. It is just, natural.

The pacing is pretty decent other than the second act. The ending seems smooth, and the beginning is fine, but the middle drags on, especially in the big race. Even though the race itself would be 24 hours, it shouldn’t feel like 24 hours. The movie is around two hours and thirty minutes so it will probably get the ADHD in you coming out, but the pacing is fine for the other two acts.

The final act of the movie isn’t pleasing. For those who know the story, what happened happened and there is no undoing that, but the movie doesn’t feel resolved. Even though Bale’s character grew as a person and all, that doesn’t make the audience feel good. Especially since the Henry Ford Jr.’s character had been pretty much the character that you would expect to do something to make the Racer character resolved. Henry Ford Jr is built up to be this person that the characters want to gain acceptance from, but they never get it. And since the villian pretty much wins, there isn’t much of a happy ending. Sure, the Enzo Ferrari character gives some type of good closure, but it isn’t even focused on enough to make the audience feel good. This movie could be so much higher rated if we felt closure by the end. But instead we get characters who have gone through a lot, with no closure. Sure it’s what happened in real life, but nowadays they recongnize Ken Miles racing abilities. This movie doesn’t seem to show that. It just leaves the audience feeling sad.

This movie is so good until the ending. It has great characters, great actors, entertaining action, amazing pacing and was altogether an enjoyable experience, but it just couldn’t deliver that great ending.