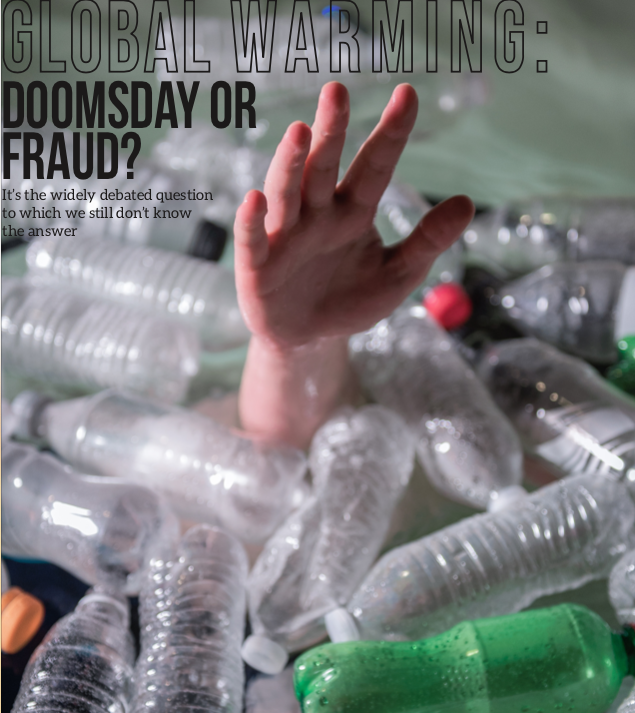 New information about the progression of global warming is confusing and contradictory. Even scientists can’t agree on what’s causing the issue, how to fix it, or whether an issue actually exists.

So what’s the right answer? How can change be made when every solution is debated and highly politicized?

In October 2018, The Guardian online magazine covered the UN’s claim that 12 years remain before it’s “too late” to reverse climate change. In one article, The Guardian warned readers that if the Earth’s temperature went up only a little, significant changes would occur on the planet.

“The world’s leading climate scientists have warned there are only a dozen years for global warming to be kept to a maximum of 1.5 degrees C, beyond which, even half a degree will significantly worsen the risks of drought, floods, extreme heat and poverty for hundreds of millions of people,” the article said. “The half- degree difference could also prevent corals from being completely eradicated and ease pressure on the Arctic.”

But not everyone agrees. Former NASA scientist Leslie Woodcock does not think climate change is manmade.

“The theory of ‘man-made climate change’ is an unsubstantiated hypothesis our climate has been adversely affected by the burning of fossil fuels in the last 100 years,” Woodcock said. “Even the term ‘global warming’ does not mean anything unless you give it a time scale. The temperature of the earth has been going up and down for millions of years, if there are extremes, it’s nothing to do with carbon dioxide in the atmosphere, it’s not permanent and it’s not caused by us.”

“We talk about how humans are kind of like parasites of the Earth, because of all we take and take and take,” Robins said. “What are we giving back?”

“Our curriculum doesn’t say we will talk about climate change,” Robins said. “We talk more about how humans are influencing the Earth. It’s important to talk about in class.”

With the recent debate over climate, Pisani and Robins think the topic is too politically charged and work to keep their opinions about climate change out of the lessons. more security and more life on the planet.

“Ten years ago, I could have told you how I have felt ,” Robins said. “In the political climate we have now, I just can’t.”

“When we talk about extinction… we still steer clear of the topic of global warming,” Pisani said.

Sophomore Katrina Grey is passionate about the issue of climate change.

“Climate change is probably one of the most important issues in our world today, given how fast it’s moving and how little time we have left to change the impact of it,” Grey said.

Many who deny the existence of climate change see the recent rise in global temperatures as cyclical. Despite our search for a student with this view, The Northwest Passage staff could find no one who would agree to be quoted.

“I see it as a gift, not a curse,” Hawken said in an interview with National Geographic. “Climate change is feedback, and any system that doesn’t incorporate that feedback is stupid and fails and dies. This is not a path to retrogression or a future that we won’t like. It’s actually to a much better future: cleaner, healthier, with more jobs, more security and more life on the planet.”

In the book, Hawken highlights the education of women as a key to reversing global warming. He says that if young women are given the opportunity of higher education in countries where education is sparse, the result will be fewer offspring.

Hawken also views architecture as an opportunity for our planet. Roofs designed with plants provide a source of cooling, reducing the amount of energy used.

“Cool roofs are roofs that either reflect the heat back, in the sense of white roofs, or green roofs that have foliage and perennial plants,” Hawken said. “White roofs are particularly suitable for tropical areas or areas where there’s high radiation… Green roofs can be installed anywhere, whether in tropical or temperate climates.”

While there is an opportunity to be more green, price controls everything, according to Pisani and Robins.

“The technology is there, but right now, the technology is more expensive than what we’ve always done,” Robins said. “And since everything is cheap, it’s not a priority.”

This idea of cost mattering the most could either help or hurt the cause.

Since cost is a monumental factor in environmental issues, the differences humans can make are limited. An example of this is the pollution of oceans with plastic. Biodegradable alternatives to plastic products such as bags and straws are far more expensive and difficult to produce for widespread use. According to Craig Criddle, a professor of civil and environmental engineering at Stanford University, we need to turn to nature in order to find a new solution to our plastic problems.

“We need new materials that can do the same jobs as current plastics, but are biodegradable, nontoxic and do not concentrate in food chains,” Criddle said in an interview with Stanford University’s Woods Institute for the Environment. “As it turns out, many microorganisms make moldable bioplastic polymers that are fully degradable.”

Are we making a difference by eliminating the use of plastic straws? According to Jim Leape, co-director of the Stanford Center for Ocean Solutions, it can have significantly positive effects if done correctly.

“The risk is that banning straws may confer ‘moral license’ – allowing companies and their customers to feel they have done their part,” Leape said in the same article from Stanford University. “The crucial challenge is to ensure that these bans are just a first step, offering a natural place to start… so long as it’s part of a much more fundamental shift away from single-use plastics across the value chains of these companies and our economy.”