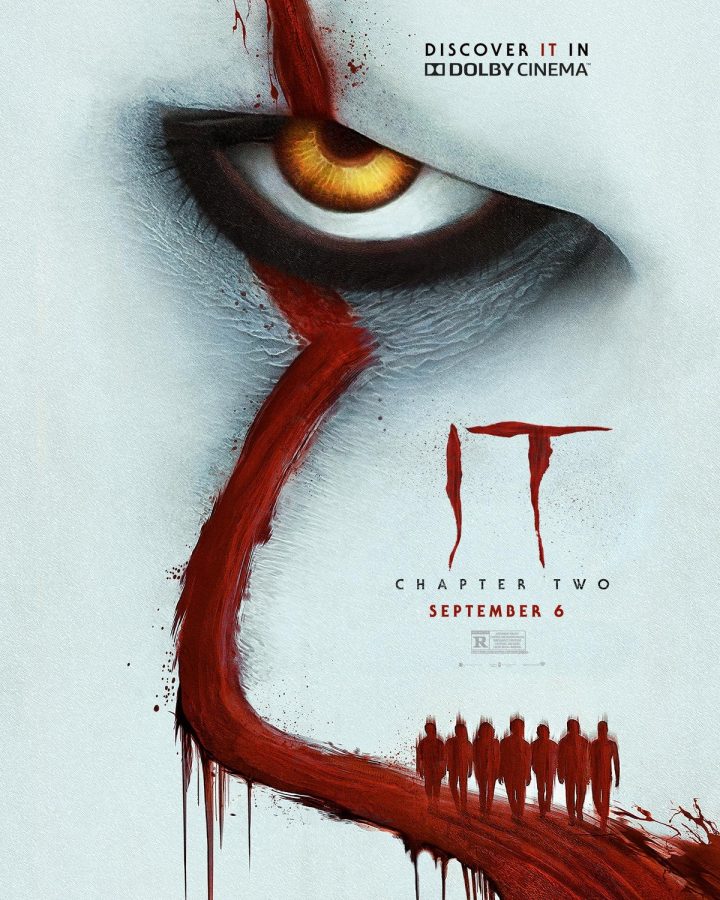 “IT: Chapter 2” expands the original story of the 2017 movie “IT”, by adding on the second plot which was featured in the book of the same name. Although the original, as my predecessor Jake Ditto said,”…is the best horror movie” of 2017, this movie falls short, but still feels like a good movie. The first movie focuses more on particular fears and children working together, but the new movie focuses on the fears of others and the adults coming back together. But it’s three-hour runtime and decreased horror-orientation make this movie more of a conclusion to the original than a stand-alone film.

The movie is more comedy focused. And even though the original was hilariously terrifying, this movie is just kind of — different. From the point of view of an audience member, it may seem to last forever. If you had not seen the original, you wouldn’t understand most of the movie-making this movie tedious because nearly 15 minutes of this movie consists of clips from the original. This movie isn’t meant to scare you, but it will get you with some of its jump scares.

The story of the two movies combined isn’t focused on a killer clown. In the story, a group of people coming together. The sequel uses the amazing chemistry from the first film to set up its plot. In order to understand the sequel, viewers must have seen the first one. This dependence decreases the value of the movie for me.

Another issue is that if you’d seen the 1990 made-for-television version or read the book, you’d know when to expect each jump scare. That’s why Stephen King movies usually focus more on horror or thriller and giving the viewer a more intense experience. Since this movie uses more jump scares and thrills over bone-chilling psychological horror, it is less enjoyable.

The good parts of the movie include its effects and actors. The original 2017 cast who returned are all amazing. Those chosen for the adult versions of the children are also talented but no replacement for the kids of the original movie.  I found myself missing them.

A viewer has to appreciate the chemistry and quality acting of the children in the first movie which gives the audience a connection to them. They are simply more relatable and more entertaining to watch. Even with the comedic presence in this new version, the first still was funnier.

Overall the movie is entertaining if you have seen and can remember the first one. If not, watch the 2017 version and the 2019 version together to fully enjoy the experience. I am hopeful audiences will have a chance to experience both films in theaters to enjoy the expert sound design.