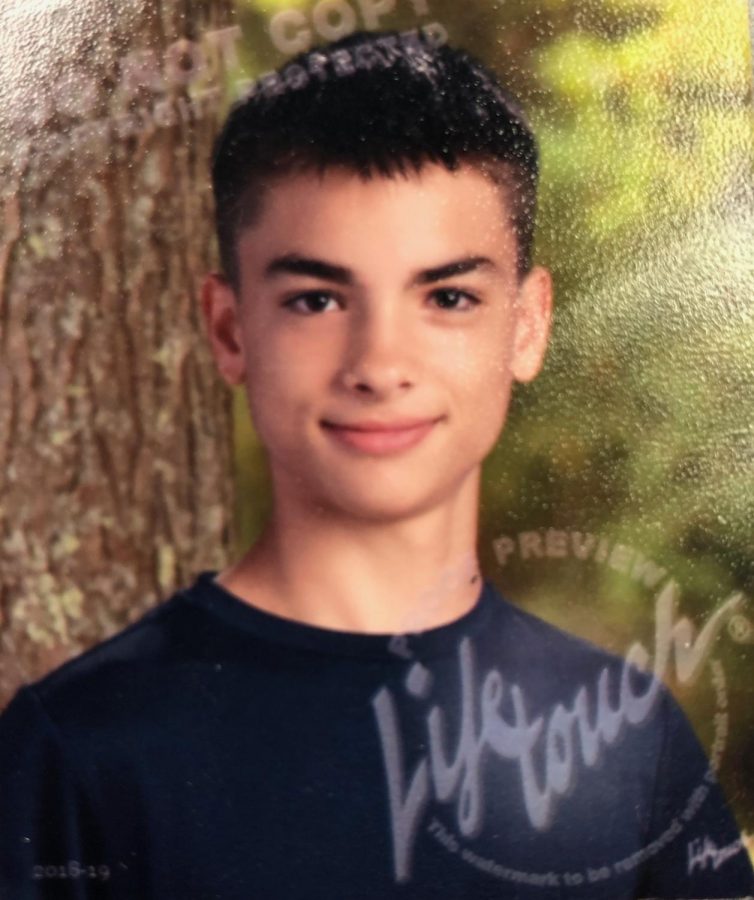 The teacher’s classroom phone went off. The jolly tone of Codey Miller’s 5th-grade teacher’s voiced immediately turned into a worried tone. Something was wrong. She was always happy.

She summoned Miller to her desk and told him to head down to the counselor’s office. As he walked down the hall, his nerves tightened and he worried about whatever was about to happen.

He walked into the office and was asked to sit down in a small storage room in the office, a room he didn’t even realize was there. It wasn’t cold but chilly enough to make goosebumps rise. A counselor followed him into the room and began asking uncomfortable questions about his family, about how he and his siblings had been living.

When she finished, an officer arrived and talked to him briefly, lifting his spirits just a little and made him feel a little more comfortable. The officer led Miller and his twin brother, Kevin, to his car and began to drive. But the car never went to Miller’s home. Instead, the officer took the boys to another place, a place for children with no home, a foster care facility.

The year was 2012 and the twins, Codey and Kevin Miller, were nine years old at the time and their younger brother, Kadin, was seven.

“We were there for a couple of hours,” Miller said. “Then they took us to a house out in the country.” The couple who lived there welcomed them in open arms on a farm with about 7 acres, filled with bulls and a couple of horses.

It was fun for the boys. They learned how to lasso and the basics of working on a farm. There was even a trampoline for them to play on. But after only two weeks, they were transferred to their second home — a home in the suburbs.

“Family had a decent amount of money. I could tell because they had Jaguar.”

They weren’t the kindest people in the world. It was pretty much like,

“We were locked in a room all day, where we watched nothing but Cartoon Network,” Miller said. They were given one Pop Tart for breakfast each day. Their foster parents made them wear the same socks for a week straight.

It was like this every day. Wake up, eat one Pop Tart, go to school, get locked in a room, sleep, repeat.

“One day, on our way back from school, we were told to pack everything that we had.  We were going to (our) great grandparents’ house. We stayed there for about a year,” Miller said. There, the boys were able to visit their mother (Crystal Don Schreiner) occasionally.

Miller said “(living with) my great grandparents was pretty awesome”. It was like living like a normal kid again. They’d go out and have fun, eat with their families. “All the other good stuff.”

Their great grandparents’ house was nice, according to Miller. It sat at the end of the cul-de-sac with the big backyard.

“After a year of foster care, my stepdad had gone to court and had to do therapy until the court knew that he was better/knew he wouldn’t do anything else,” Miller said. “Once we got back to our mom, they had us (all) in therapy for, I’d say, about three months… so that we could cope better and stuff.” They all went to family therapy as well.

The boys had been placed in foster care because their stepdad, Josh Stevenson, had abused them.

“I remember one time he threw a bouncy ball at my sister, Michelle (Josh’s step-daughter). And it hit her in the nose, (and gave) her a bloody nose (from) both nostrils.

Michelle Prez-Shreiner wasn’t placed with the boys in foster care. She had always lived with her dad, Chris Prez, but visited her mom (Josh’s wife) on weekends. She was now allowed to visit only on weekends. Miller also has another sister, Alex Stevenson, who was only a few weeks old. She stayed with her mom.

“It was my little brother Kadin who told (a teacher) and the teacher told the office, who called the police”.

After all that has happened, Kadin no longer lives with his siblings. Kadin was diagnosed with anger issues and now lives with his grandparents that live in Harrisonville, Missouri. They make sure that he received the medication and care he needs.

In spite of the abuse of her children, Miller’s mom and stepdad remained married until 2018.