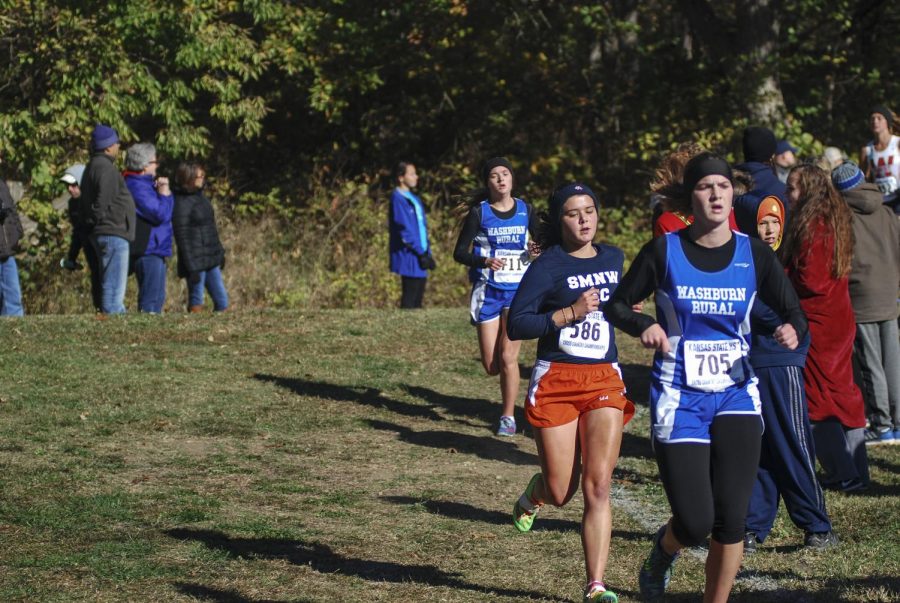 Junior Riley Demo rang alongside sophomore Amy Kowalczewski for the annual Rim Rock Classic. Their teammates waited at the finish line to congratulate the only two girls who made it to state.

“We all really supported each other in everything we did,” Demo said. “You are racing against your teammates, but you kind of want to beat them, but you also want them to beat you. I really love how even if one person beat another during one race,  then they would still be really proud of each other.”

Demo set a new personal record for the season, getting the 5K course down to 20:40. She was one of the only runners who did not suffer an injury this season.

“We had some issues because a lot of us got injured throughout the season, but we ended the season strong,” Demo said. “I think next year will be even better because we will be over all the injuries.”

Most injuries for the team were hip, knee or shin related, injuries common for runners. But throughout the season, the team has used different methods such as yoga and water running to set themselves apart from the competition.

“Half of running races is really focusing in on the race and telling yourself that you’re going to be good so yoga helps with really just centering yourself,” Demo said.

These cross training workouts did not just help the girls but also gave the boys advantages, as they ended the race placing 6th out of 12 teams. Senior Luke Sabus placed 17th out of approximately 100 runners.

“The conditions were near perfect in my opinion during the race,” Sabus said. “All of our guys had better times than they expected.”