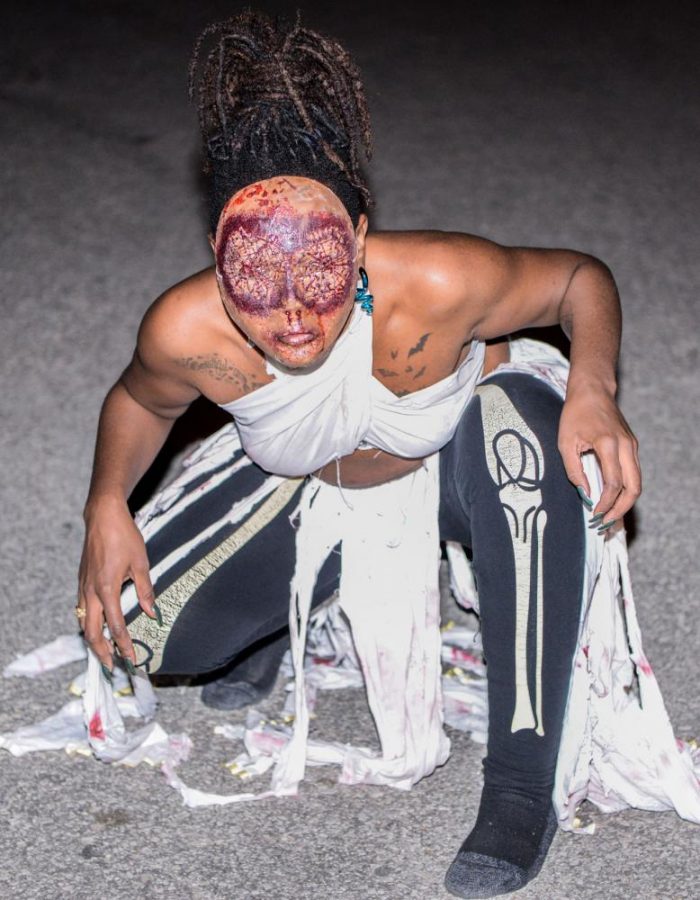 The Beast
Down to every last detail, the Beast Haunted House is Kansas City’s most hair-raising haunted attraction. Located in an old warehouse in West Bottoms, at 100,000 square feet, the Beast is one of the largest haunted houses in the nation.

Like most haunted houses, it is dark, it is loud and there is lots of fog. But, what sets this attraction apart from the rest is the attention paid to the psychology of fear. Each room guests walk through was thoughtfully designed to tap into certain phobias.

Nyctophobia (the fear of the dark) and agoraphobia (the fear of wide open spaces) are played upon heavily in the Beast. Wide open spaces shrouded in total darkness are a common theme throughout, as a bulk of the haunted house is constructed in an open format. The house was one of the first in the United States to pioneer this set up. The format disorients and perturbs guests, while allowing creatures to frighten them from every angle.

The format also allows for guests to feel as if they have become a part of the sets themselves, and grants them the opportunity to interact with the actors. The house transports guests into their own personal horror movie.

The Werewolf Forest is the attraction’s most infamous example of the format. It is a quarter-acre maze of false trees veiled in fog and pitch blackness. The only relief from the complete darkness is the occasional burst of bright white lumens from a strobe light. As guests stumble and claw their way through the maze, werewolves wait for the perfect moment to pounce and frighten guests. People can spend up to 30 minutes retracing their steps to find the way out before actors escort them to the next room.

Due to its size, The Beast Haunted House is the biggest scare for the price. It is a world class haunted house that intelligently uses the psychology of fear to give guests a truly frightening and fun experience.

The Edge of Hell
The Edge of Hell is Kansas City’s oldest and scariest haunted house. Founded in 1975, the Edge of Hell has set the standard for haunted houses ever since. The attraction is also home to a python named Medusa, and at 25 feet and two inches, it is the longest snake ever to be held in captivity. It is owned and operated by Full Moon Productions, the same company that owns The Beast Haunted House, and both houses focus heavily on common phobias. This Kansas City tradition uses claustrophobia-inducing spaces and top-of-the line special effects to craft a perfectly terrifying haunted experience.

The set design forces guests to get down on hands and knees and crawl or climb. The actors pay attention to the guests and run ahead to give each other information they learn, including the names of the guests or a specific fear a guest has, and they interact with each person differently to create a unique experience for everyone. They took different approaches to scaring people instead of only using jump scares, such as eerily singing children’s songs and maniacally shifting between laughing and screaming.

The sets were intricate, but easy to navigate, which was nice after getting lost repeatedly in The Beast. The makeup and masks on the actors were not very realistic when looked at closely, but they got the job done.

The animatronics seemed to come out of nowhere at some points and were frightening. The fog throughout the haunted house added to the spooky effect and the extreme darkness in places made the danger seem real. The electric fans in the haunted house kept it from being as  hot as it could have been. The Edge of Hell experience is also about 20 minutes shorter than The Beast, making it feel less intense. Even so, the attractions within the house were definitely the scarier of the two.