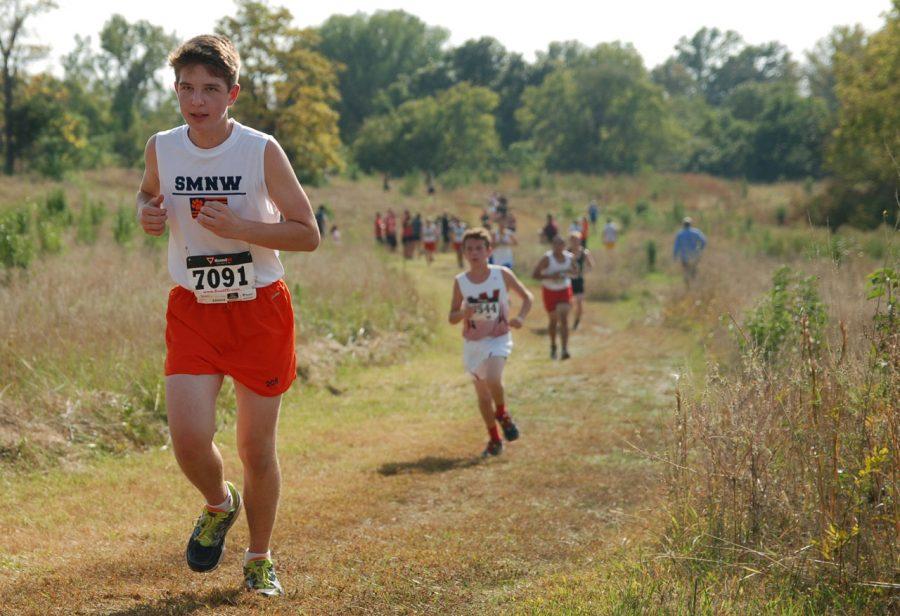 Walking into the gym, people looking around will notice how one aspect stands out. The amount of state championship banners NW cross country has, 34 in total. This season they are trying to add another.

“I was not satisfied with last year’s state finish,” senior James Lang said. “We competed poorly and we each knew that at the end of the state meet.”

Five of the seven state qualifiers for the girls team will be returning for the season, putting them in a good position to move up onto the podium. One of the returning members is Molly Born, who won the state championship in 2015.

“It will be really nice to have girls with state experience,” senior Camille Henderson said. “They all know what it takes to get to state, and we are all able to lead by example for the younger girls that are hoping to go to state themselves someday.”

The boys team will only have three state qualifiers return from last year’s team. This means the team will need other guys to step up and fill those shoes this season in order to make it back to the state meet.

“We will need to rely heavily on some of the underclassmen to become the base of our team,” Lang said. “They have been working hard all summer and I have no doubt they will be a critical part of our team’s foundation at the end of the season.”

In order to get back on the podium, the team trained heavily over the summer. This is the backbone of their training and sets the tone for their meets in the fall.

“We have to see if they did enough in the summer,” head coach Van Rose said. “It all depends on the summer. We try to build up mileage, so we are just running miles. We don’t do any fancy workouts.”