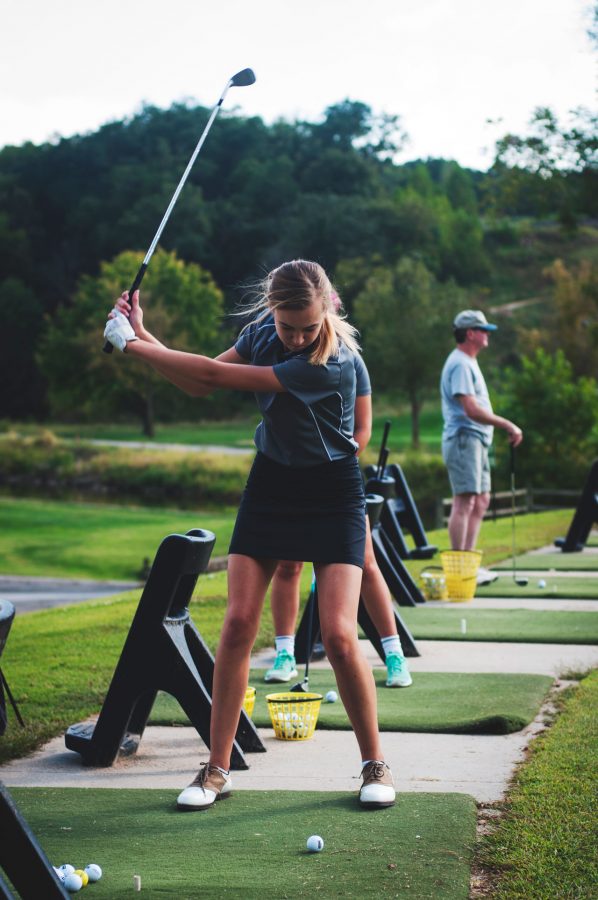 After the tournament at Lake Quivira on Monday, August 29th, the girl’s golf team is in fifth place in the league.
“We’re only 8 strokes from third,” Said Coach John Reiff. “The main objective for this season is to finish third in the league, so we’re getting close to that spot already.”
Senior Emma Sanders attributes the satisfactory scores to the companionship between the girls. Although it’s an individual sport, Sanders claims that being a team is what makes them so great.
“Our strengths and faults are individual,” said Sanders, “but that’s awesome because we can pick up each other’s slack. My weakness is putting, but there are girls who are amazing at putting, so there isn’t one universal weakness on the team.”
Sanders, being a senior, is a stranger to the new JV girls. This is a problem she’s looking forward to fixing: the girls planned a team sleepover in addition to their team dinners, and Sanders says that she’s working on branching out from her friend group during practice in order to bond with the new girls.
“Being friendly does make the season more enjoyable,” Reiff agrees, “but the most important thing is practice. If the girls aren’t practicing, they aren’t getting better.”
The next girl’s golf tournament is on Sept. 12th at 1:00 at Indian Hills Golf Course.