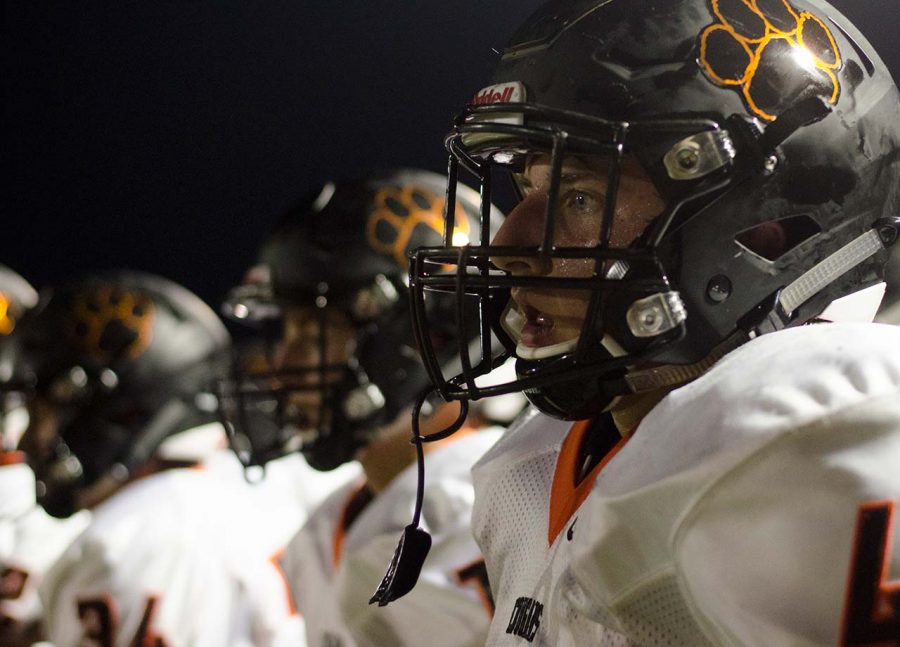 The first game of Bo Black’s coaching career at Northwest is one he will want to forget. As the top five ranked Blue Valley Tigers steam roll the Cougars 62-27.

The Tigers were lead by their dual threat quarterback Colton McCumber. Who was able to run or throw for yardage to get the team in the endzone.  They were able to plow through the defensive line and linebackers on their way multiple running touchdowns.
“We could not stop them on defense,” Head coach Bo Black said. “ We came no where near stopping them on defense.”

The offensive was able to score 20 points in the first half. Quarterback Ron Kopp was throwing short, quick pases to get yardage before unleashing bombs to his wide receivers. They were unable to repeat that in the second half and were held to 7 points.

“When everybody works together the whole offense starts to click,” wide receiver Hayden Goodpaster said. “That is what gets us going is our line, that is the main focus of our team. When the whole team gets clicking we will be good.”

There were some bright spots in the game. The offensive was able to put up 27 points up against a very good defensive. Sophomore wide receiver Hayden Goodpaster was able to get open and use his speed to score touchdowns for the team. Junior running back Xavier Perry showed flashes of power as he plowed over defenders in his way.

Injuries also played a big factor as Devin Conway was injured in the first half did not return to the game. Xavier Perry was helped off the fields with cramps but he returned in the fourth quarter. Many of the players were cramping up on the sidelines which caused them to be out of the game for a period of time.

“We need to get conditioned,” Kopp said. “A lot of people went out with injuries and cramps tonight. That can’t happen. We are not a very deep team. it is really our first team that needs to be in there the entire game. If there not, that whats happens.”

While there was some positives in the game Coach Black was understandably not happy about his team performance in the game.

“I thought we played terrible,” Black said. “We did a few good things but we are so bad in other things not it is not even worth talking about being good at anything. We have a long long way to go but we will get there.”

The team will have to recover and create a gameplan as they play SMN next Friday at 7:00 p.m at SM North Stadium.