Recent Protests in KC are handled professionally by Police Department 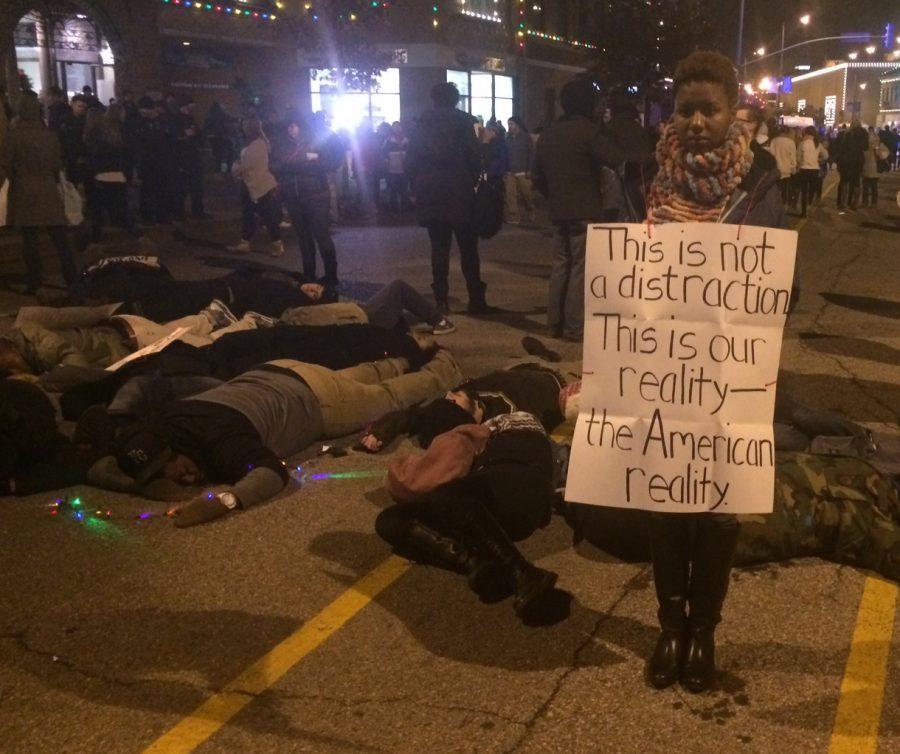 Nov. 26, the night of the 85th annual Kansas City Plaza Lighting, several protesters laid on the ground as a sort of mock-death protest. This resulted from the grand jury’s decision not to indict officer Darren Wilson for the murder of Michael Brown. Others stood beside them holding signs of protest. Police observed but decided not to engage unless their behavior became violent.

In the picture below a protester holds a sign, “Be thankful a cop has not killed you and falsely claimed you had a gun”. In reference to the Yvette Johnson case, much similar to Brown’s.Thankfully protesters did not engage in violent behavior over the grand jury’s announcement. Nothing similar to the riots in Ferguson, Missouri occurred. (Burning of buildings, destruction of police cars).One of the standing protesters held a sign proclaiming, “This is not a distraction. This is our reality – the American Reality”. This protest was thought of as a distraction according to @CheifForte on twitter who stated:

“Don’t be distracted by those who complain the most and contribute the least. The local alarmists are trying to get attention.”

And they were indeed getting attention. This woman’s goal and the goal of other protesters around her was to say, in their opinion, the jury’s decision on Brown’s case was not right.Positive feedback on Twitter promoted the KC police department and their professionalism on the night of these protests.Read more about these protests and the decision of Brown’s case in our next issue!