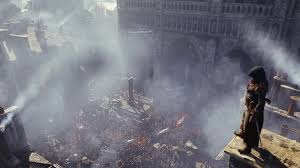 It was confirmed on monday that Assassin’s Creed Unity will be running at 900p on both the Xbox one and the PS4.

The binding of Isaac: Rebirth, will be getting released for the Wii U on November 4.

Purge 3 has been confirmed but not release date has been given.